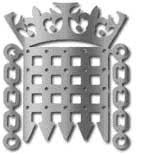 Iain Dale has been having some fun over the last couple of days asking visitors to his blog to name their Top 5 and Bottom 5 MPs, so at the risk of shamelessly plagiarising a great idea, here are mine.

Email ThisBlogThis!Share to TwitterShare to FacebookShare to Pinterest
Labels: Parliament

What makes you say Sarah Teather is seen as a joke outside the party?

Indeed, she's widely seen as a joke inside the party.

Agree entirely re. Cooper - shame on Blair for demoting her after the 2001 GE as an act of pathetic revenge for her husband shouting at Blair over delaying the GE date from May to June. That he should demote Cooper, while promoting the likes of Kelly and Hughes, just about sums up his botched record of appointments.

It's in a similar mood of self-defeating spite that John Denham hasn't been brought back into the ministerial ranks. Had he done so, not only would the party (and government) benefit from a thoughtful heavyweight (far more impressive on TV than anaemic nonentities like John Hutton or Stephen Timms) but it would also reward principled resignation followed by constructive criticism of the goverment (totally different from Clare Short's obsessive bitching and carping).

A good way for Brown to draw a line under the past would be to give a Cabinet post to John Denham (International Development Secretary). As a southern Englishman, representing what was (after the 92 GE) one of just a few Labour-held seats in the south-east, and outspoken in his view that Labour needed to address the concerns of southern voters, he would be an ideal counterweight to any concern that Labour had become excessively Scottish.

If Denham wants to run for deputy leader, he'll get my vote. Otherwise, I shall vote for Johnson or Benn (not Hain in a million years).

I forgot to mention - the principled resignation was over Iraq. Lord Hunt of King's Heath, who resigned on the same day, has been brought back into the ministerial ranks, so why not Denham?

Denham's resignation was all the more impressive when, had he not resigned, he would almost certainly have been given a Cabinet resignation in the Summer reshuffle of that year (he might even have replaced Milburn at Health, particularly when his second junior ministerial position was at Health).

As it is, Denham seems a reasonable bet for next Labour leader but one, particularly if Gordon Brown loses the next GE.

I don't understand why you consider Dennis Skinner to be part of a "deeply unpleasant Derbyshire old mafia".

I agree that he is not the national treasure that he seems to have become, and I worry that his lack of engagement in his constituency is akin to Tony Benn's similar disregard of Chesterfield - notably lost to the Liberal Democrats once he left. (Will Bolsover suffer the same fate?)

However, when you consider the Derbyshire Labour MPs, I can't think of a single one who could be considered old Labour or mafia. That's not to say they're all Blairites, by the way.

If you mean the councillors in North Derbyshire, you might have a point; but to be fair to Dennis he only criticises Labour within the party, not in public - which is more than can be said about MPs such as Charles Clarke!

Here are the votes of the Icelandic Jury

Kenneth Clarke, indeed the best leader the Conservatives never had: although his work for British American Tobacco, flogging the weed to the third world spoils his record.

Chris Huhne, should have won the Lib Dem leadership election. “Sticking with nurse for fear of something worst”, will hold back the Lib Dems at the next election.

Ruth Kelly, probably the only competent minister in the cabinet. The reason, no doubt, she was put in charge of local government after the disaster of John Prescott.

Bob Marshall-Andrews, a truly independent MP who stays in the house to defend the rights of the people rather than the health of his bank balance.

John Gummer, initially appalling when a minister, he improved after the demise of the Major government was assured. Positively statesmen like these days

Diane Abbott, the most hypocritical of Labour MPs, sends her son to private school and spends over £5000 a year in taxi fares to go home to prepare the boy’s evening meals. She is happy to take the BBC’s money to act as the court jester to King Andrew Neil.

Boris Johnson, if Abbott is a court jester Boris is an out and out clown. I suppose it is not his fault entirely his father is also a complete waste of space.

Siobhain McDonagh, merely a mouthpiece of No. 10, she would be happy in Soviet Russia. The worst example being her defence of Identity Cards: gives a whole new meaning to being a card-carrying member, in this case the Blair Sycophants Society.

Sarah Teather, I agree a complete waste of space. Does she have any ideas of her own, I doubt it.

David Blunkett, always a walking tabloid editorial now reduced to a complete shambles. I have made the mistake of giving the attention seeker his daily fix

I'd just love to name my top 5 Parliamentary bullies, but:

* Some of them take their status seriously

As for 'Gorgeous' George...

Guardian reader - your question gets its own post in reply!

Leon - Sarah Teather is hugely overrated, and the publicity she has had since coming into the House has completely gone to her head. She was lucky enough to be selected to fight a very high-profile by-election and has extracted every ounce of mileage from that and more. The fact that she thinks she actually won that by-election when it was really all down to Charles Kennedy's popularity and his principled stand over Iraq probably influenced her despicable behaviour during the leadership crisis when she was one of the first to stab Charles in the back. The truth is she wouldn't even be in Parliament if it wasn't for him, as she and about 30 other Lib Dem MPs will find out after the next election.

Kenneth Clarke!?! He always put Europe before country before party.

Where are John Prescott and Peter Hain in the rankings!?!

You are quite incorrect in calling Dame Marian Roe a non-entity. My brother has booked her holidays in the past. Now that is a claim to fame

What? No room at the inn for Sion Simon?

I deemed both Sion Simon and Chris Bryant to be too soft a target.

As it happens I have been very disappointed with Chris Bryant's dismal contribution to parliamentary life. In his younger incarnation as head of the Christian Socialist Movement he was, dare I admit it, something of a hero of mine.

We will have every Hizbollah women fucked by dogs.
We will send Phallus of ours into ass of All priests moslems.
We will have Khamenei and Rafsanjani and Ahmadinejad and Khatami and Akbar Ganji fucked by a great penis Of donkey and whale .
We will fuck all foreign government which help mullah.
کیر سگ تو کس ننه سید اولاد پیغمبر و کس ننه خود پیامبر اسلام.
کیر خوک تو کس ننه امام حسین.
کیر خر تو کس ننه شیعیان.
صلوات: الله و کیر خر تو کس ننه محمد و آل محمد.
This is a beautiful cultural message for you.