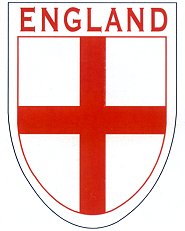 To be fair, they are not alone. Labour and the Liberal Democrats have demonstrated in recent months that they don't really get it either. But David Cameron's comments yesterday indicating support for the ultmately unworkable concept of "English votes for English matters" is a real missed political opportunity in my book.

Regular readers of this blog will know that I have long advocated an English Parliament as the only way of answering the so-called West Lothian Question, although I prefer to call it the English Question as it is England which is the missing piece in the federal jigsaw that the Blair administration has created.

I don't want an English Parliament because I want to create another layer of politicians, but simply because I want to see the four nations of the UK treated fairly and equally. Any English Parliament would have to be accompanied by the abolition of the iniquitous Barnett Formula that gives the rest of the UK a huge inbuilt advantage in public spending-per-head that is no longer justified by their relative levels of need.

More than that, I believe the idea could have great electoral appeal in England. Labour's stubborn refusal to address the issue is a sitting duck for the Tories - especially in view of the overwhelming likelihood that the next Prime Minister will either be the MP for Kircaldy and Cowdenbeath or the MP for Hamilton North and Bellshill.

Mr Cameron's comments appear to have pre-empted the conclusions of the so-called "Democracy Taskforce" which has been set up under Ken Clarke to look at this and other issues arising from Labour's half-baked constitutional reforms.

It now appears that the king of the Tory blogosphere himself, Iain Dale, is going to launch some sort of campaign to get his party to take the issue more seriously. The very best of luck to him.

The whole devolution issue is a complete mess with the resulting creation of two classes of MP's at Westminster.

Agree with you its an open goal for the Tories.

The blatant discrimination against English university students paying top up fees,while their counterparts in Scotland and Wales are exempt will not be forgotten.

However,the last thing we need is another layer of government,bureacrats & hangers on,English votes for English issues will be just fine.