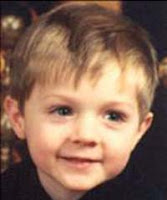 We recently ran a story on HoldtheFrontPage which deeply affected me on several levels. It was about how a regional press campaign arising from the death of a little boy succeeded in plugging a loophole in the law, as a result of which the killers of Baby P were able to be charged with a much more serious offence than would otherwise have been the case.

John Smith would have been 13 now. Tragically he died at the age of four on Christmas Eve 1999 after a sustained campaign of abuse by a couple who were hoping to adopt him and who, amazingly, had been cleared as prospective adoptive parents by social workers.

Like most people I always find stories about child cruelty very hard to deal with. A story about a child battered to death on Christmas Eve, of all days, made particularly hard reading for me. I have great memories of my own childhood Christmases, some of which I have recently written about on this blog, but I am very conscious at this time of year that not all children are as lucky as I was.

What made the story even more poignant for me was that the picture of John (above, left) that was used in the papers at the time appears to show him looking happy and healthy in front of a Christmas tree - presumably taken the year before he died.

Yet grim as this story undoubtedly was, there was hope here, too, and a reminder that good can come out of the darkest evil.

A group of journalists from the Brighton Argus launched a "Justice for John" campaign after murder charges against his adoptive parents were dropped in favour of a lesser charge of cruelty on the grounds that it could not be proven who had struck the fatal blow.

In the end, this led to a change of the law, and the creation of a new offence of causing or allowing the death of a child - the offence of which the vile killers of Baby P have now been successfully convicted and for which they will be sentenced early next year.

Email ThisBlogThis!Share to TwitterShare to FacebookShare to Pinterest
Labels: Journalism

Paul
Yes, it makes me wonder how journalists in the Congo, for example, can pass women with babies dying of hunger and thirst, without 'intervening' to some extent. I'm not surprised- there are many committed and altruistic hacks- but am heartened by your story.