Fame at last for the world's greatest Lily Allen fan 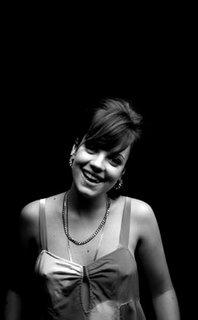 An old mate of mine from my London days now edits a blog called the Daily Growl which was plugging Lily Allen well before she became a mainstream media babe.

So it was great to see his efforts paying off with a plug in this Sunday's Observer Review section, which featured a full-page piece on the chart-topping singer, described by the NME as "the cool as fuck sound of summer 2006."

Incidentally the name Daily Growl is neither indicative of my friend's disposition nor of the contents of his blog. It comes from the name of the opening track of the 2002 Lambchop album Is a woman.

Hey thanks for the mention! Good to see whimsical pop music making it to the heart of proper political debate on your blog!