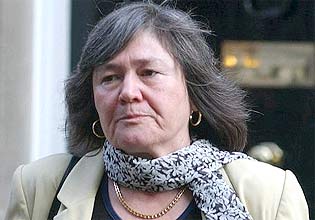 Doubtless Tony Blair will be glad to see the back of Clare Short, who today confirmed that she would be standing down as an MP at the next General Election.

In reality, though, Blair has cause to be extremely grateful to the former International Development Secretary, whose failure to resign along with Robin Cook prior to the Iraq War in 2003 arguably saved his premiership.

In the run-up to the crucial Parliamentary vote on the conflict early that year, all the speculation had been about whether Cook, or Short, or both, would quit - and whether that in turn might cause the Government itself to implode.

However a North-East MP who was once a close ally of Cook's told me at the time that under no circumstances would the two of them resign together. "If he goes, she won't, and if he doesn't, she will," he said.

In the event, this turned out to be spot-on. Apparently the enmity between the two went back to some arcane split on the left in the early 1980s, and though the subject of Iraq was close to both their hearts, they never even discussed it between them.

Short did of course resign after the war, and the content of her resignation speech about Mr Blair's obsession with his place in history was devastating, but by then, the PM had seen off the immediate threat to his leadership, and its political impact was greatly reduced.

I still believe that if she had delivered that speech immediately before or after Cook's at the start of the Commons debate, Blair could not have recovered.

In the end, Short's ego and desire not to be outshone by Cook was more important to her than getting rid of this lying Prime Minister and saving this country from a disastrous war.

Email ThisBlogThis!Share to TwitterShare to FacebookShare to Pinterest
Labels: Labour

I'm afraid this falls straight into 'so what?' territory.

This is the minister who wanted the power but not the responsibility, and is laying the ground for no doubt devastating revelations about an administration which...is about to end anyway.

So it's no big deal, anonymous?

Then why did you bother to post a comment...and why didn't you leave your name?

Because, despite three bloody attempts last night, I've been unable to register under my blog name since Linford switched to Beta Blogger.

PS - get it sorted, Paul

You're not the only one who's had problems but this is out of my hands I'm afraid. Having migrated to Beta I can't now migrate back, so I'll just have to wait until Blogger sort out all these teething troubles.

It is pretty daft though, and I've told them so.