So when will the next election take place? 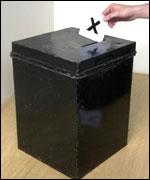 Conventional wisdom has it that the next General Election will take place in 2009. Indeed Jack Straw seemed to suggest this last week when he said Tony Blair would be stepping down at the "mid-point" of the current Parliament.

But I think there is, to say the least, room for doubt over whether this will in fact turn out to be case.

The convention of four-year Parliaments has grown up largely since 1979. Both Margaret Thatcher and Tony Blair clearly favoured a four-year electoral cycle, and when John Major opted instead for five years, much good did it do him.

But is this purely a matter of Prime Ministerial preference, or is there something inherent in the political cycle that makes four years an optimum time to seek re-election, as opposed to, say, three or five?

For my part, I think that if Gordon Brown wins the Labour leadership election - and I would certainly interpret today's "Real Labour" speech by Alan Johnson as a rival bid - he will be sorely tempted to call a General Election straight away.

There are some compelling arguments in favour of such a course of action. It would enable him to extract maximum political impact from the poll bounce from which all new leaders benefit, and also to exploit to the full his experience against David Cameron's lack of it.

Victory would give Brown his own mandate independent of Tony Blair and hence release him from any obligation to follow Blair's policies. It would also nip the Cameron revival in the bud, condemning the Tories to another four or five years of opposition in which they may well self-destruct again.

What might get in the way of all this, however, is Brown's natural caution, and desire to avoid going down in history as the shortest-serving Premier since Andrew Bonar Law.

By that token, if he does not hold an election in 2007, or perhaps early in 2008, I think there is just as much chance he will go on till 2010, particularly if he wants to be able to point to a solid record of achievement as premier when he eventually goes to the country.

Is there a betting market on this? If so, maybe this would be a good discussion point for Political Betting.com to take up.

www.ladbrokes.com is only accepting bets on the outcome of the next general election.

www.willhill.com is also accepting bets on the likelihood of a hung parliament at the next election...

...but nobody seems to be interested in the actual date, which as Paul points out, might make all the difference.

Can anyone else see a nice little accumulator coming together here?

I would take a rather different view. Brown has been after this top job for over 10 years, his personal ambitions, together with this arrogant nature will mean that there isn’t a cats in hells change of him giving up the top job after a few days in post. God Help us!

4 year Parliaments are nothing new, the Tories did it during the 50s and Harold Wilson went to the polls four years after 66. Even Stanley Baldwin called an election in 1935 four years after the National Government landslide.

However I think you are right about a 2010 Election. No third term government in recent history has, I don't think, ever gone to the country after four years, they've always held back until the fith.

Re: 2007 Election - I don't think the Labour Party, nor really the other parties for that matter, are ready for a general election. The Party lacks funds and the organisation isn't in much shape either. Besides if Brown did call a snap election, there would have to be an awful lot of adoptions of PPC's fairly quckly within a matter of days before a GE poll.

The problem to call a snap GE in late 2007 is that there can be little time to see if the bounce is real or just a very short term thing.
And then the polls can play another role. Yes, there can be a bounce, but considering that Labour has fallen 8-9% behind now, the bounce can just be enough to bring the parties level-pegging. Would a new leader risk to get a hung parliament immediately?

Then I think the new leader would need a couple of months to reshuffle the team and launch some eye catching iniatitives. So I would say early 2008 can be a better date than late 2007