Have we all misinterpreted John Reid? 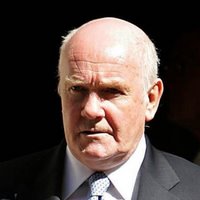 Virtually everybody is interpreting John Reid's speech to the Labour Conference yesterday as the opening salvo in a leadership bid, and they may very well be right. It is not the only interpretation however, and Reid deliberately left things a bit ambiguous so that any of these interpretations can be retrospectively applied.

1. Reid has no intention of standing for the leadership. Yesterday's speech was purely the speech of a Home Secretary and any suggestion to the contrary is just media "froth." When Reid used the L-word, he was simply talking about the need for strong leadership in confronting crime and terrorism.

2. He hasn't made up his mind. The speech was a toe-in-the-water exercise, more than likely prompted by the Frank Luntz survey on Newsnight on Monday evening showing him as potentially the most popular leader among floating voters. If this interpretation is correct, JR would have been heartened by the response in the hall.

3. He is leaving open the option of running for the leadership, but the primary purpose of yesterday's speech was to keep up the pressure on Gordon Brown. This view rests on the theory that what happens next depends on whether Gordon behaves himself. If he does, he gets the endorsement. If not, he gets challenged.

4. His purpose was not to put down a marker for the leadership at all, but to reinforce his own position against the possibility of dismissal by Prime Minister Brown. The phrase "I intend to play my full part" could be translated: "I mean to extract a firm promise from the bastard to keep me in my current job. Or else."

5. He is definitely a candidate for the leadership, although he will not actually announce it formally until Tony Blair names the date for his departure. The remarks about others not being diminished when one shines could be read as an appeal for Brown to accept a position in his Cabinet.

If I have to take a view, I'm going with a combination of Nos 3 and 4 for now, as I genuinely do believe that Reid hasn't decided and that Blair is still keeping open the option of endorsing Brown at the last minute.

I think it was telling that Trevor Kavanagh, who must know Reid fairly well, said on Newsnight this week that he didn't think Reid really wanted the job. Against that, he is a politician, and somebody who doesn't want to be PM probably has no business being in the Cabinet in the first place.