So where does it all leave us? 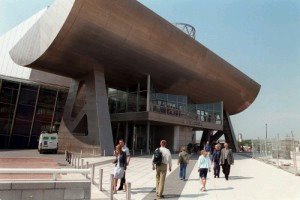 So as Labour bids farewell to Manchester, as well as John Prescott, what conclusions can we draw from the week's events? I would draw the following:

1. By dint of his conference tour-de-force on Tuesday, Tony Blair has earned the right to stay on into the summer of 2007.

2. Gordon Brown has largely recovered the ground lost in the aftermath of the abortive "coup," but remains on probation.

3. Provided there are no further attempts to hustle him out of the door, Mr Blair will continue to hold out the possiblity of endorsing Brown, while making him sweat for it until the very last minute.

4. If however the infighting erupts again, and the polls show they can win, the Blairites will run John Reid against the Chancellor.

That's my objective assessment of the situation. My personal view remains however that to challenge Brown would be a mistake that will only help the Tories, and that the Blairites should stop threatening an alternative candidate and accept this.

Of all the punditry I have read about the conference, the piece that made the most sense to me was the piece by David Clark in today's Guardian.

"Parties that spurn leadership favourites for internal reasons unrelated to merit tend to regret such decisions. Labour passed over Denis Healey for Michael Foot in 1980 even though he was far better qualified for the job. The Tories did the same to Michael Heseltine 10 years later in revenge for his role in deposing Margaret Thatcher.

"Labour can avoid that fate, but only if it is willing to put the spite merchants in their place and choose the only candidate with the substance and experience to govern successfully and win the next election. That means uniting behind Gordon Brown."